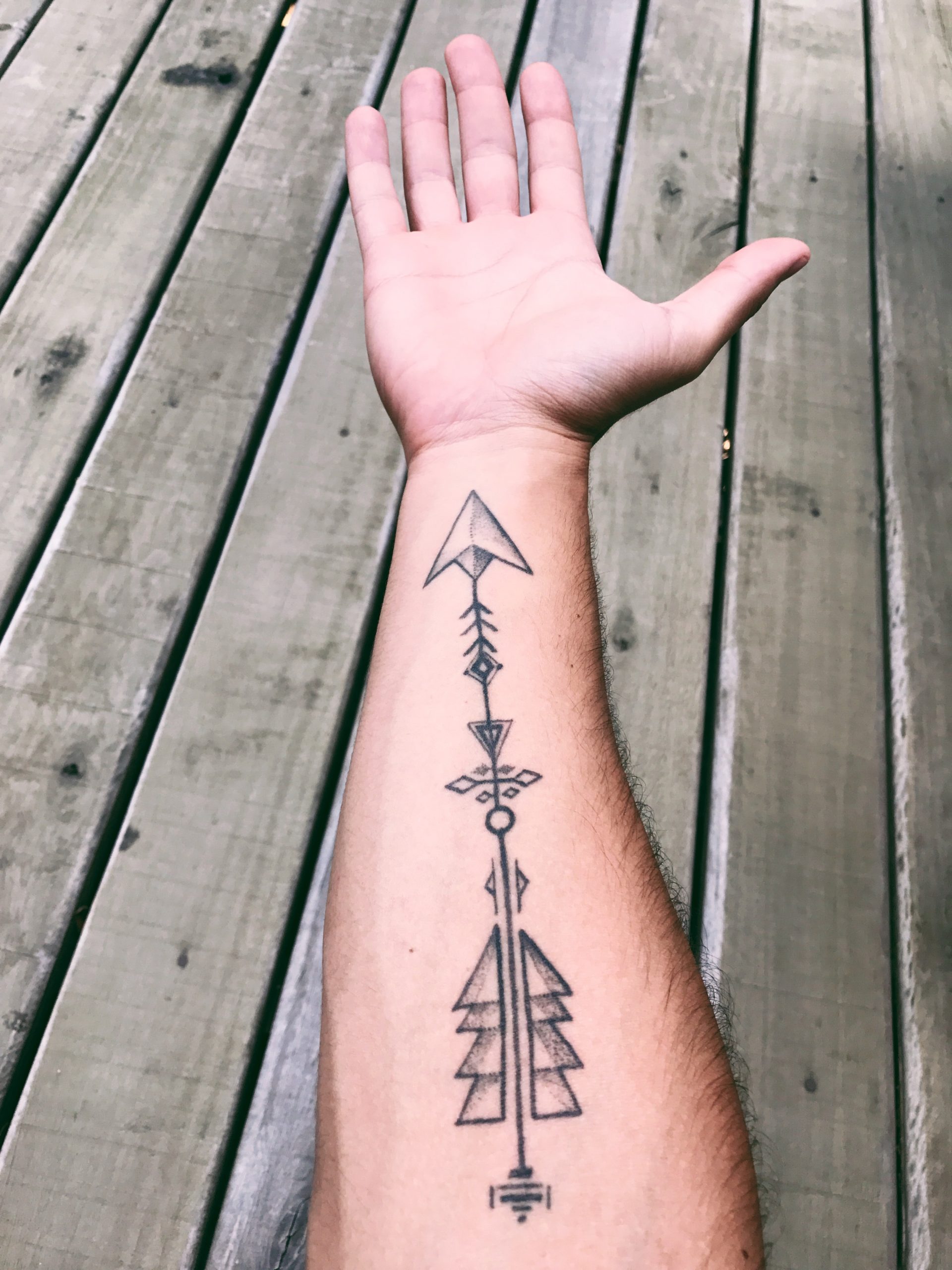 The Meaning behind Arrows for Small Tattoos Toronto

Arrows have a long and deep history behind them and are often the first choice of design for people that are looking for small tattoos Toronto. They can be customized in a variety of ways, inked in different sizes and can be placed on just about any area of the body. When it comes to arrow tattoos, the choices are virtually endless.

Arrows have a lot of different meanings and can represent anything from war all the way to friendship. No matter what you want your statement to be with the arrow, it can be made powerful with small tattoos Toronto in an arrow design.

Sometimes it can be difficult finding the right design for a small tattoo. Arrows are the perfect choice when you want to display a meaning that resembles the ones listed below.

The History of Arrow Tattoos

Many cultures have meaningful significance associated with arrows. It is suspected that the beginning of arrows started with the American indigenous people as a protection and hunting tool. While it was a war tool it was also symbolizing peace at the same time. You can see how an arrow can have one specific meaning or it can hold several different meanings that are blended.

Native Americans needed arrows to live since it meant the difference between feeding the family or not. Arrows were used to protect individuals as well as the group. In this culture, two arrows that were crossing one another symbolized an alliance while the sign of peace was represented by an arrow that had been broken into two pieces.

Arrow small tattoos Toronto symbolize both triumph and struggle due to their use as a weapon and as a tool. When you see an arrow on a bow that has been pulled back this shows conflict and tension as we struggle through life. This can also be represented with two arrows that are facing the opposite direction of each other. An arrow that is simply resting on a bow, however, symbolizes calmness and peace.

When you shoot an arrow, it will move forward so an arrow can also represent a person that is moving forward from something. This may be used literally in a physical sense or figuratively, depending on the type of event that inspired the tattoo. It means that the person is making a new positive transition in life and beginning a new chapter. The same type of meaning may be represented with a compass arrow, which shows a new direction that a person is taking to move forward.

A diamond arrow is also quite commonly found inked on a person’s skin to indicate that the individual has found the strength to move forward. The arrow shows the ability to move on while the diamond represents the strength required to do so.

A Feather and Arrow

When an arrow is paired with a feather this symbolizes an achievement that has been made over a conflict or struggle in life as well as independence and liberty. Arrow small tattoos Toronto often have this type of common theme running through them.

A Bundle of Arrows

When arrows are depicted in a bundle of 5, this symbolizes that the person or a group is ready for battle. A bundle of 5 arrows originates from the Iroquois League, which had 5 of the most powerful tribes.

This is one of the most popular small tattoos Toronto featuring arrows to be found. There may be a small Cupid inked into the skin carrying a bow and arrow or the tattoo may appear as a heart with an arrow through it. This type of tattoo has a rich mythology behind it where Cupid was the god of love and desire. He would shoot arrows at the individuals that he thought should be bonded by true love and spend their lives together.

Sagittarius has a zodiac arrow as its astrological sign. This tattoo symbolizes masculinity, strength and knowing the direction that one is heading. The person has the strength to continue moving forward in life while never having to look back due to a good sense of direction.

If you are looking for tiny tattoos Toronto, arrows are a great design to consider. With so many different complexities behind the meaning of these designs, you can have the arrow represent several different things. These tattoos are easy to design and when you get a tiny one made you can place it just about anywhere you want.

Tiny tattoos Toronto are perfect for people that want to have a smaller tattoo without having to sacrifice on significance. They can be hidden away in areas where they won’t be seen easily or prominently displayed in visible areas. You’ll have a lot of choice when you choose arrow tiny tattoos, and they can be done in black or coloured variations.

Another option you have is to get an arrow placed on your skin using a script. Simply get the word “arrow” written and you’re ready to go. Arrow script tattoos should be considered if you want to express a meaning but may not want everyone to know what it is. This is also a great option for people that simply love script tattoos and would like to have something graceful written. You’ll have a wide choice of fonts to work with including soft italic letters or bigger, bold letters.

Say it all with arrows! Whether you are looking for small tattoos Toronto or arrow script tattoos, you can show your feelings with an arrow symbol. If you have any questions about arrow tattoos you can ask your tattoo artist and this artist can help you work with the design. When you are looking for the best tattoo artist in Toronto that can perform wonders with arrow tattoos and other tattoo designs, visit our website now at www.hontattoo.com.