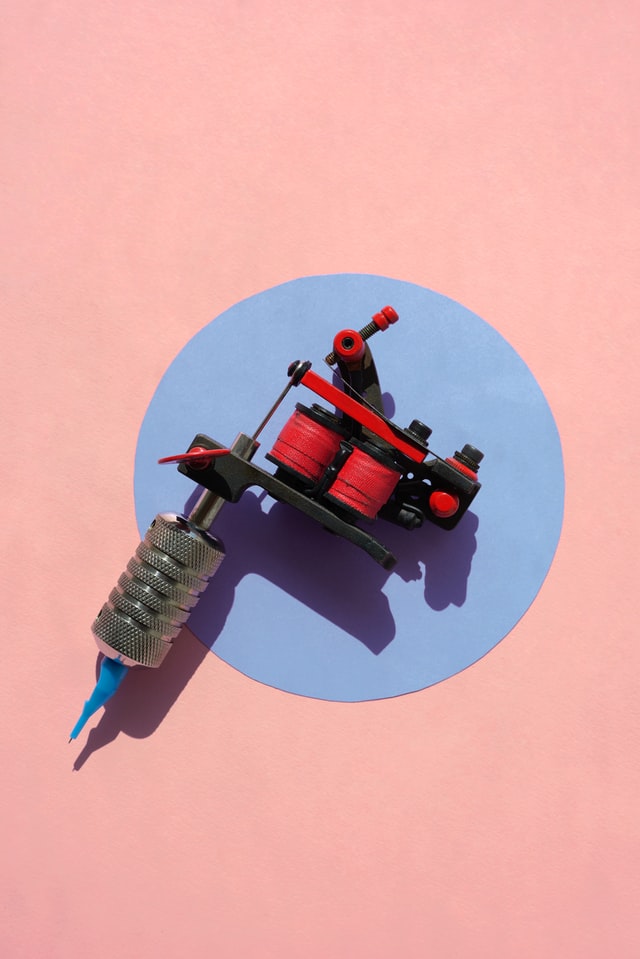 Getting a tattoo has become more popular than ever but the technology of getting one has remained unchanged for the most part. There hasn’t been a lot of progress in terms of the technological aspects of getting tattooed but that’s about to change. Dutch researchers have developed a tattoo machine that uses a micro injection with no needles required at all.

This new method looks extremely promising and will be welcomed by people that want to get a tattoo but don’t want to endure the pain that goes along with getting one. This new technology isn’t painful, is clean and does not produce as much waste as traditional methods.

This micro-jet technology for injections was developed by researchers at the University of Twente and it doesn’t use any needles to make the tattoo. The machine sends out an ultra-fast jet of liquid, which is about as thick as a human hair. The liquid penetrates into the skin painlessly.

It’s estimated that 38% of the world’s population has one tattoo at least. Of these 38%, about 3/4 of these individuals have at least two. As the popularity of tattoos continues to rise, it was inevitable that research would be conducted to see if there was a better way. The new methodology that is being researched in the field of tattoos is being labelled as “smart tattooing”. It involves using a smart tattoo machine as well as ultimately smart ink that has a wide range of possibilities.

How the New Technology Works
A laser inside the machine heats the fluid rapidly on a glass chip that is located in a microchannel. The fluid is heated above the boiling point, which causes the formation of a vapour bubble. The bubble grows and this sends out the liquid at lightning speed. The speed can reach 360 km/h, which translates to 100 meters per second. At this speed, the jet of liquid can penetrate human skin while causing virtually no pain at all. The amount of pain produced using this method can be compared to receiving a mosquito bite. Different types of ink were used in the study and they were all readily commercially available. The method caused only minimal skin damage as well.

Eco-Friendly Tattoos
This new technology opens up a new era of tattooing that is eco-friendly. Less energy is required to do the tattoo as compared to needles that are more conventional. As well, there was less waste produced since there is absolutely no fluid loss involved with the new technique. With no needles required for the tattoo process, all of the problems associated with contaminated needles is completely eliminated.

The History of Tattoos
The history of tattoos traces back thousands of years. The Iceman Otzi had dozens of tattoos covering his body and he dates back more than 5000 years. It All started with a very simple method where the “ink” was hand poked into the skin. The ink used was made from charcoal or soot and the instrument used to push it into the skin was often a thorn or a tool that was specially designed to be hit by a hammer such as stone or bamboo. Now, the method that is commonly used today consists of an electric machine that uses foot power.

Commercial inks that are currently on the market are much safer and more sterile than the inks used thousands of years ago. There hasn’t been, however, an evolution of the methods used for tattooing for years. In fact, the classic application using a needle has never really been researched thoroughly.

The Future of Tattooing in Toronto

All of the testing is still in the very early stages but so far the outcome looks very promising. At this point, however, the technique can only use a single colour. As well, the volume of the jet being delivered must be increased. These are the next steps that must be addressed in order to make the delivery of needleless tattooing open to the widespread public and researchers are currently working on them.

This brand-new technology can open the doors for medical applications as well. The ink used in the process could potentially serve as a type of sensor that responds to specific stimuli or substances, which in turn could point out health hazards. The researchers that were involved in a separate study have also considered the possibility of using this method for vaccinations in the future.

Other Applications
There are other possible areas for the application of this tattoo technology in terms of how it can provide benefits to the skin. There are currently techniques on the market that are much like tattooing that are used for the treatment of hair diseases and for masking scars. This newer method opens the door to using the process for streamlining the scar and hair disease techniques.

The health benefits of using this tattoo machine are virtually unlimited. The goal is to have tattoos being offered for both health and cosmetic purposes at the same time.

This new method has the potential to revolutionize the entire tattoo industry while at the same time overflowing into technologies for a wide range of skin care. Ultimately, a pleasing tattoo could also serve as a health benefit. It’s just a matter now of waiting for more research to be done and to watch the new developments of the application as it continues to evolve.

If you’re thinking about getting a tattoo in the near future, please visit our website at hontattoo.com. We use safe practices and state-of-the-art sterilization techniques. The safety of our customers as well as our tattoo artists is always our top priority and you can feel safe when you work with us to get an amazing tattoo.

As a tattoo shop Toronto we are keeping our fingers on the pulse of this new technology as it continues to evolve. We are always doing our research to make sure that we provide the top level of technology to our customers. We are committed to safety, customer satisfaction and making tattoo visions into reality.
Visit hontattoo.com today to learn more about our tattoo shop Toronto.