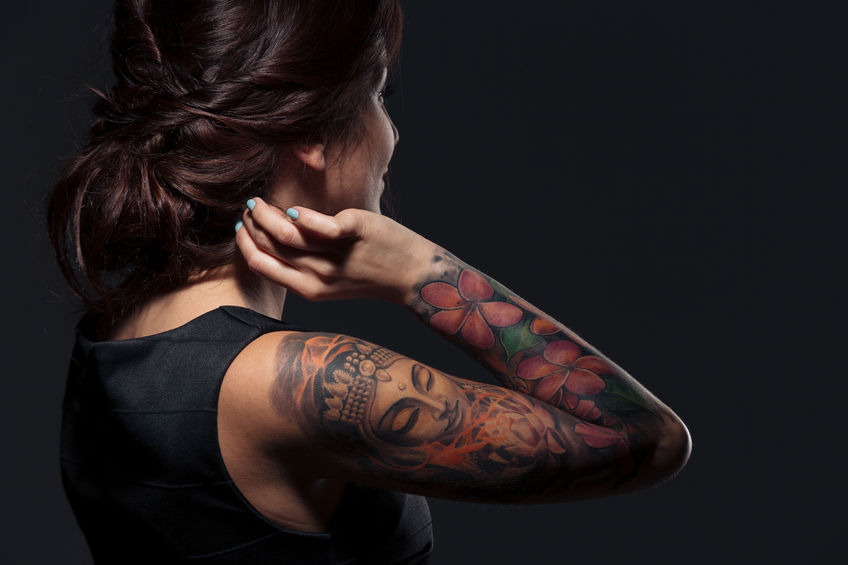 What Are the Health Benefits of Getting Tattoos in Toronto?

Since Covid-19 began we have all had a lot of attention on our health and any health risks in the community. This is why we thought we’d share with you a different perspective on things and let you know about the health benefits of getting tattoos in Toronto. There are many ongoing studies regarding tattoos and one that was recently published in the American Journal of Human Biology had some interesting findings that you should know about.

Get Inked at a Toronto Tattoo Shop to Reduce Your Stress

The study looked at cortisol levels in individuals that had received tattoos. As a stress hormone, cortisol also helps to suppress an immune response in individuals. It was shown that getting multiple tattoos can help bring down the level of cortisol in the body, which in turn can reduce stress. High cortisol levels can lead to many physical ailments that are related to stress including high blood pressure, weight gain, headaches and more.

Cortisol is produced by the body to help reduce pain and multiple tattoos may lower the hormone response of cortisol. In simple terms, stress is reduced by the production of less cortisol.

In order to understand how multiple tattoos can help to improve the immune system it’s important to understand more about immunoglobulin A. This is an antibody that works with different systems in the body including the respiratory system, the gastrointestinal system and the immune system. When the levels of this antibody are increased the body is better able to fight off pathogens and some viruses.

When a person gets multiple tattoos from a tattoo shop Toronto there is less reduction in this antibody. As well, getting a tattoo naturally stimulates a response from the immune system, which helps to strengthen it. Antibodies are sent out to attack what the body believes is a foreign invader. In this case, it would be the ink for the tattoo. This is the reason why tattoos often swell when they are first performed.

Once the body gets accustomed to the ink the swelling starts to go down and the healing begins. The immune system has been stimulated and starts to become stronger as a result. It’s interesting to note, however, that getting only one tattoo doesn’t produce this strengthening of the immune system. When you get the first one you are temporarily more susceptible since your body is fighting off the ink. When you get multiple tattoos the effect is compounded which ends up providing a positive effect for the immune system.

Scientists are currently testing the connection between vaccines and tattoos to help make vaccines more effective and more cost efficient. In the future, tattoos may be used as a delivery method for vaccines instead of needles. The new method would make use of DNA vaccines, which could safely provide multiple doses of the vaccine in one sitting. This would provide better immune responses with stronger effects. When receiving a vaccine tattoo there would be no ink used so no marks would be left permanently.

A Visible Tattoo May Help You Land a Job

According to another study that study that was performed by the University of St. Andrews, a visible tattoo could help individuals find employment with certain jobs. There are many companies that have an image that they are trying to display where visible tattoos would be an advantage – especially in the fashion world that targets a younger demographic. Stylish tattoos are welcomed while tattoos that could be considered to be offensive are not considered appropriate.

Having a job is good for your health. When a person is able to produce he is physically and emotionally better for it. While there are certainly some areas of employment that would not want a tattoo to be visible to others, there are many job fields that would welcome it.

Tattoos and Your Emotional State

Another study that involved college students found a direct link between self-esteem and tattoos. The study also indicated that the more tattoos a person had, the more confident they felt. Interestingly enough, the respondents in this study that had at least four tattoos had a higher self-esteem than individuals that had three or less tattoos. Some of the respondents also reported that they had dealt with depression issues in the past.

There are a lot of reasons why a person may choose to get a tattoo but now you know some of the health benefits associated with getting tattoos in Toronto. Many people just love the look of a tattoo and feel that it is a beautiful way to express themselves. Tattoos are definitely an art form in themselves and once you get one you’ll understand just how different they can make you feel.

Tattoos are no longer frowned upon in society like they used to be and have become an accepted method of self-expression. You can decide to get a tattoo on a visible part of your body or choose to get one in an area where it won’t be detected when you are wearing clothing. It’s up to you where you want to get the tattoo placed and what type of design you’d like to have. When it comes to tattoos, you have freedom of choice.

When it comes to getting a tattoo choose a tattoo studio Toronto that you can trust. We have several artists available that are highly skilled and specialize in different types of tattoo. Visit https://www.hontattoo.com/now to find out what our Toronto tattoo shop can do for you.