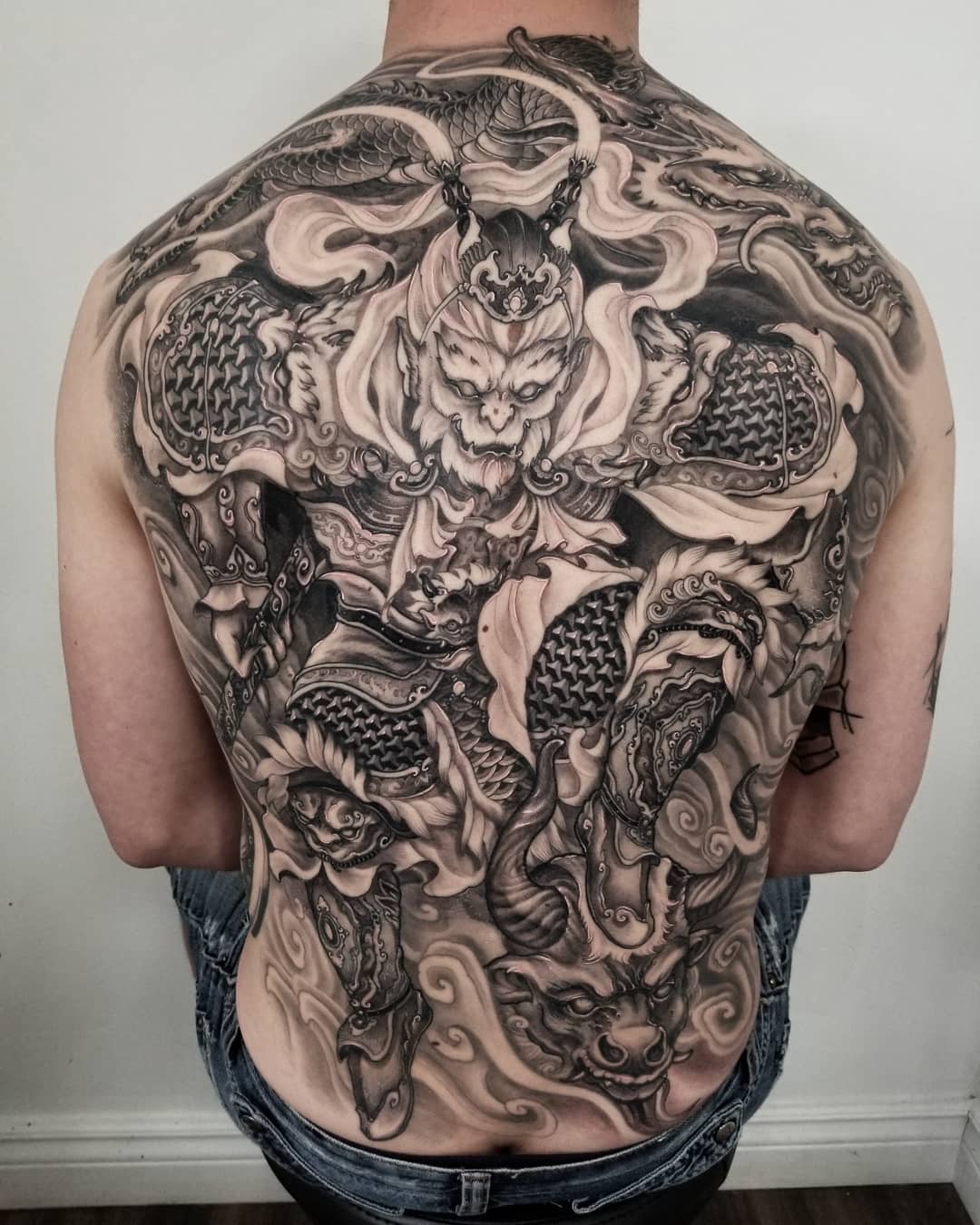 Why are Asian style tattoos so popular?

You should first know that Asian-style tattoos are not a single tattoo style but a combination of several. The pictorial techniques of Japan, Korea, China and Southeast Asia are combined to create a modern and original style. Many Asian-style tattoos are inspired by legends, traditional elements, and popular culture, so they have a definite philosophical meaning.

Asian tattoos are known for their striking and dramatic designs that will set you apart from the crowd. Previously, these tattoos followed the traditional style where a black colour design took up a lot of space on the body. However, today tattoo artists are modifying the classic style with modern and contemporary elements.

Most Asian tattoos are extensive and ornate, but if you are getting your first tattoo, it is recommended that you choose a more straightforward design. Although traditionally, Asian tattoos were done with only black ink, nowadays, you can add colour to make your design even more eye-catching.

The first nomadic inhabitants of Asia likely made tattoos, but no records exist. The earliest Asian tattoos we know about are from the Yayoi period in Japan. Shortly after that, we find the first records of tattoos in China and Korea. Up to this point, the tattoos were very different, but with time and contact between nations, the style of tattoos became somewhat similar.

In Southeast Asia, tattoos there are quite similar to today’s Polynesian tattoos. But with the influence of continental Asian culture, their tattoo styles also varied, and each region developed its style but related to similar cultural traditions.

In the 16th century, the art of tattooing was consolidated in Japan with the Edo period. The best artists in Japan dedicated themselves to tattooing the wealthy, which preferred imagery representing gods, animals, and symbols of each clan.

The impetus for the evolution of the technique was the development of the art of woodblock printing and the publication of the famous Chinese novel Suikoden, a story of rebellious bravery and valour illustrated with woodblock prints depicting men in heroic scenes, their bodies decorated by Chinese dragons and other mythological beasts, flowers, ferocious tigers and religious imagery. Many artisans who worked with wood carving applied their talents to develop a tattooing technique that has endured over time. Over the years, masters passed on their knowledge to apprentices for this traditional technique.

If you are interested in learning more about their designs and colours, visit Hon Tattoo’s website. Their website shows a wide range of past work done by some of Toronto’s best tattoo artists.