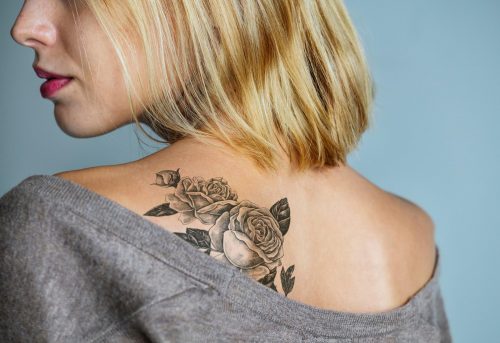 Tattoos are a form of self-expression

Tattoos are a way for individuals to express themselves and their personal beliefs. Teachers, like all other professionals, should have the freedom to express themselves in a way that feels authentic to them. Tattoos are a form of self-expression that allows people to display their values and interests permanently on their bodies, often symbolizing heritage, commemorating special events or people, and creative self-expression. Serving as a form of personal empowerment they may often remind people of difficult times or symbolize strength and resilience. Tattoos are a form of storytelling, conveying personal narratives through imagery, design, and placement. Overall, tattoos are a powerful way for people to communicate their personal beliefs, values, and experiences through a visual medium, expressing individuality, personal empowerment, and storytelling.

Tattoos do not affect job performance

Tattoos do not affect a teacher’s ability to educate and connect with students. A teacher’s tattoos should not be considered when evaluating their performance as an educator in the classroom. Tattoos do not affect job performance as long as they do not violate the company dress code or professional standards. An employee’s ability to perform their job duties, connect with students, and execute their responsibilities should be the primary factor considered by employers.

Tattoos do not define a person

A teacher’s tattoos do not define their character or intelligence. A teacher’s qualifications, experience, and ability to connect with students should be the primary focus when evaluating their suitability for the profession. Tattoos do not define a person because they are only one aspect of an individual’s identity and do not reflect their character, personality, abilities, or values. A person’s identity is shaped by a multitude of factors, including their experiences, relationships, beliefs, and actions. While tattoos may be a form of self-expression, they do not fully capture the complexity of a person’s individuality.

Tattoos have become more socially acceptable in recent years, with more and more people getting inked. It is important for schools to reflect this change in societal attitudes towards tattoos and not discriminate against possible great teachers just because they have tattoos. Tattoos were once associated with deviant or rebellious subcultures, but over time, attitudes toward tattoos have become more relaxed and accepting.

Tattoos may be viewed as unprofessional

It’s worth noting that these views are becoming increasingly outdated, and attitudes toward tattoos are becoming more accepting in many industries and workplace environments.

Tattoos may be offensive to some

Views are subjective and tattoos hold different meanings and significance for different people. It’s important to be respectful of different perspectives and opinions when it comes to tattoos and other forms of self-expression!

Some schools may have strict dress codes that prohibit tattoos, which can limit job opportunities for teachers with tattoos. This can be a disadvantage for teachers who have put in the time and effort to earn their degrees and qualifications. Many educational establishments and employers have dress codes and appearance policies that prohibit visible tattoos in the workplace. This is especially true in conservative industries such as finance, law, or education, where a professional appearance is highly valued.

It’s important to note that attitudes toward tattoos are changing in many industries and that many employers are becoming more accepting of tattoos and other forms of self-expression. However, for some individuals, tattoos can still limit job opportunities, especially in more traditional or conservative workplaces.

Tattoos may be viewed as a distraction

Some people may view tattoos as a distraction, and may believe that they take away from the education of the students. Tattoos can be viewed as a distraction because they can draw attention away from the person’s abilities and the task at hand, and onto the tattoo itself. This can be especially true if the tattoo is large, colourful, or located in a highly visible area, such as the face, neck, or hands.

In some workplaces, tattoos can also be seen as a sign of personal expression or individualism, which may be seen as disruptive or unprofessional, especially in more conservative or traditional environments. Additionally, tattoos can sometimes be associated with negative stereotypes or cultural connotations that can impact the perception of the person, leading to the view that tattoos are a distraction.

It’s important to note that views on tattoos as distractions vary and that tattoos may not be seen as a distraction in all workplaces or environments. However, for some individuals and employers, tattoos can be viewed as a distraction and can impact the perception of the person and their ability to perform their job duties effectively.

In conclusion, the decision of whether or not teachers can have tattoos is a complex one. On one hand, tattoos are a form of self-expression, and teachers should have the freedom to express themselves in a way that feels authentic to them. On the other hand, tattoos may be viewed as unprofessional and offensive and may limit job opportunities for teachers. Ultimately, it is up to each school to decide its policy on tattoos for teachers. However, it is important for schools to consider the pros and cons of allowing teachers to have tattoos, and to create a policy that is fair and inclusive for all teachers. Teachers should be judged on their qualifications, experience, and ability to connect with students, not on their tattoos. 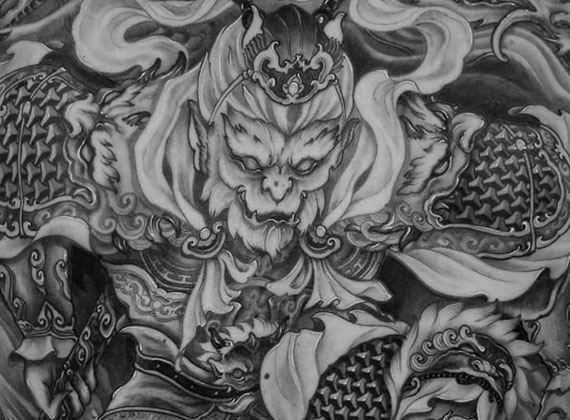 Getting a tattoo is a significant and personal decision, and taking care of your new tattoo is essential to ensure it remains vibrant and clear for years to come! Proper aftercare can help prevent infections, fading, or other complications that can impact the appearance of your tattoo. In this blog, we’ll explore why it’s so important to take care of your new tattoo and provide tips on the dos and don’ts for optimal healing and maintenance!

By taking care of your tattoo during sleep, you can help ensure a beautiful and long-lasting result, and reduce the risk of complications or infection. So, if you have a new tattoo, be sure to follow the aftercare instructions provided by your tattoo artist and protect the area while sleeping to ensure the best possible outcome! Here are some of the dos and don’ts and how to sleep comfortably with your new ink!

The first night is often the most difficult. It undoubtedly still aches and continues to flow a decent amount of blood, plasma, and more ink. The best course of action is to leave any healing coverings, such as second skin or saniderm, on for the first night (or the first few if it stays put). Here is a list of dos for optimal healing and sleep!

To protect your tattoo from bacteria and other contaminants, be sure to keep it covered with a clean and breathable bandage. You can also use a specialized tattoo cover, such as an adhesive bandage specifically designed for tattoo aftercare. Keeping a new tattoo covered is important for several reasons:

Sleep on a clean surface

To reduce the risk of infection, be sure to sleep on clean sheets or a freshly laundered pillowcase. Avoid sleeping directly on the tattoo, as the friction from the sheets can disrupt the healing process. Be sure to follow the aftercare instructions provided by your tattoo artist and use a clean pillowcase or bedding to promote a healthy healing process.

Keeping the tattoo hydrated is important to reduce the risk of scabbing and scarring, and to promote optimal healing. Apply a thin layer of aftercare ointment or lotion to the tattoo before bed to help maintain hydration.

To ensure the best possible outcome, be sure to follow the aftercare instructions provided by your tattoo artist. This may include washing the tattoo, applying ointment or lotion, and avoiding exposure to sun or other irritants.

It is important to listen to your tattoo artist regarding aftercare for several reasons. Tattoo artists have extensive experience and training in the care and maintenance of tattoos, making them experts in the field. They know what works and what doesn’t, and can provide you with personalized aftercare instructions based on your individual needs and the specifics of your tattoo. Following the aftercare instructions provided by your tattoo artist can reduce the risk of complications, such as infection, scarring, and discoloration. Not only that, proper aftercare can help your tattoo heal faster, retain its colour and vibrancy, and maintain its overall appearance for years to come!

Until your tattoo artist advises otherwise, avoid removing the bandage or exposing the tattoo to air during the night. Doing so can increase the risk of infection and slow down the healing process. The bandage maintains hydration, retains moisture, and is crucial in reducing the risk of scabbing, scarring, and other complications. The bandage also avoids exposure to irritants. It helps protect the tattoo from exposure to irritants, such as the sun, salt water, or harsh chemicals, which can slow down the healing process and cause damage to the skin.

Scratching or picking at the tattoo

By avoiding scratching or picking at the tattoo, you can help promote optimal healing and ensure the best possible results for your tattoo. If you experience itching or discomfort, it is recommended to apply a small amount of unscented lotion to the area and avoid direct contact with clothing or other objects that may irritate the skin.

Sleeping directly on the new tattoo

Although it is crucial to look after your tattoo and get plenty of rest, avoid sleeping directly on the tattoo. Pressure can cause irritation and disrupt the healing process. Instead, try sleeping on your back or on the side opposite the tattoo!