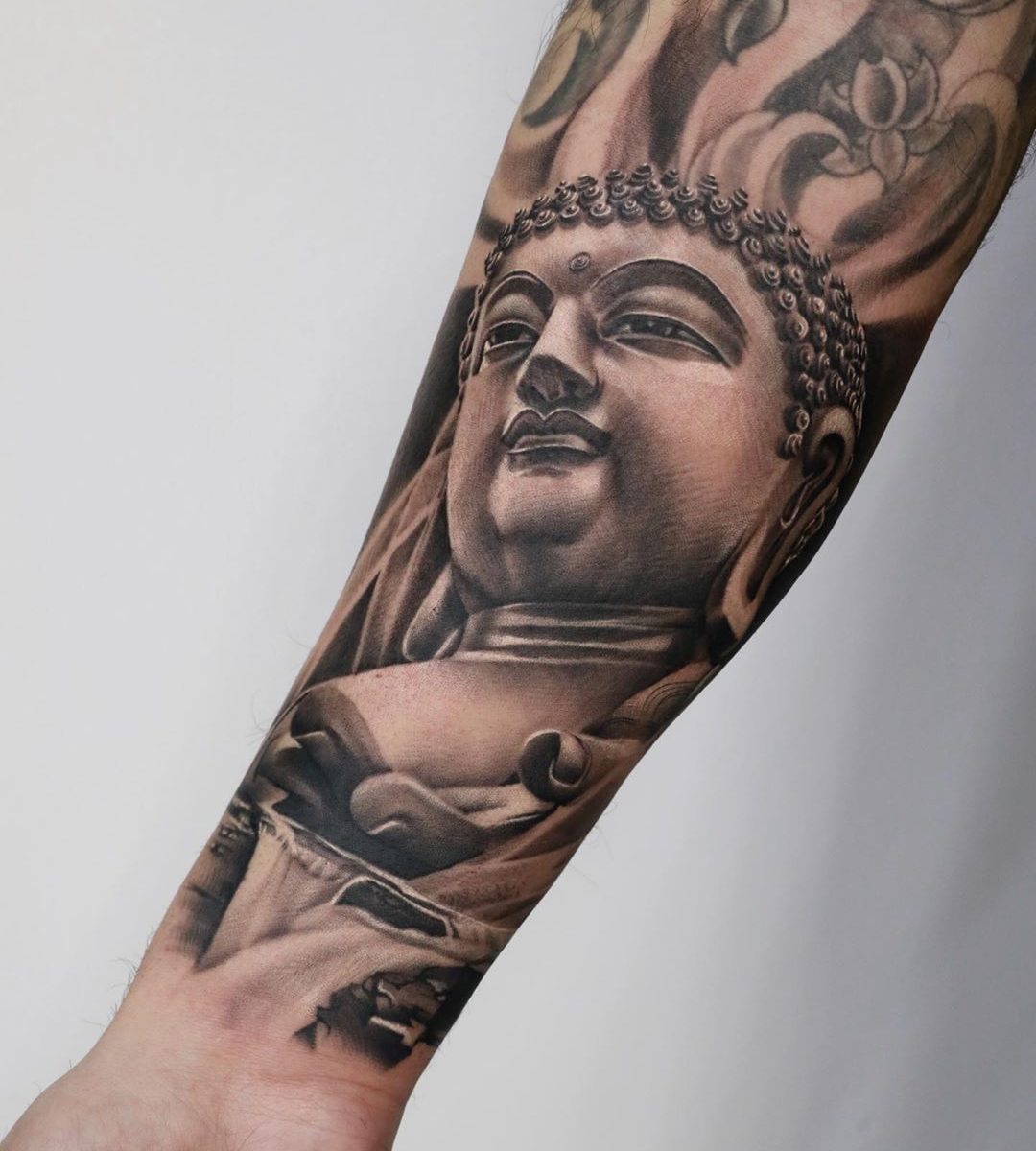 Many people wonder if having tattoos contradicts their faith. This is a controversial issue because it depends greatly on what religion you practice and your interpretation of it.

For centuries, tattoos were linked to the spirituality and religiosity of early cultures. The first tattoos represented spells, totemic figures, ancestors and other religious symbols. These tattoos were kept as part of the tradition in polytheistic religions. Within monotheistic religions, they were considered pagan symbols and, therefore, sinful. How do different religions view tattoos?

Judaism is the first of the monotheistic religions to consolidate. In the Jewish tradition, tattoos are interpreted in different ways. In ancient times it was forbidden because it was considered idolatry. Leviticus 19:28, part of the Torah and the old Bible testament, says: “And you shall not make scratches on your flesh for a dead man, nor print on you any sign: I am Jehovah.”

The interpretation of this fragment of Leviticus is complex. Even today, some rabbis consider that it refers only to pagan symbolism and others to any tattoo. Many rabbis agree that tattooed Jews should not be excluded from Jewish cemeteries, and if it is a sin, it would not be as severe as those who contradict the ten commandments.

The Jewish diaspora dispersed throughout Europe and the Mediterranean during the Middle and Modern Ages. During these centuries, the Jews acquired many local traditions. In some areas of Germany, Poland, Southern Ukraine and Northern Balkans, Jews tattooed themselves many times with symbolism and phrases from the Torah.

The primitive and medieval critical perception of tattoos is similar to that of Judaism. The foundation of the books of the Old Testament in the Hebrew tradition makes it have the same references to tattoos. Despite that, in the New Testament, there is no allusion to the marks on the skin.

During the fall of the Western Roman Empire and the Middle Ages, Christians associated tattoos with pagan peoples, which is why they were demonized. It was not until the travels of the modern age that Christians rediscovered tattoos as fashionable elements among sailors, soldiers and explorers. Wherever they went, they tattooed themselves as a souvenir.

It was already during the 20th century that tattoos began to be widely used by criminals, and it was then that society saw them as something negative. The counterculture would take it up again during the 1960s, and diverse opinions would be created in the different denominations of Christianity.

Within the Catholic Church, there is no clear consensus on tattoos. Some priests and theologians consider it a fashionable element that is not a sin at all, others think it is correct if it does not represent figures related to the devil and others are opposed to tattoos. The only consensus is that the body is a gift from God and, therefore, we must take care of it, so if a tattoo is done, it must be under proper hygienic conditions. Many Catholics, especially in Latin America and the Philippines, get tattoos of religious figures such as images of Jesus Christ or the saints as a way of showing their devotion.

The Greek and Russian Orthodox Churches have been less rigorous with tattoos, although they do make a caveat regarding tattoos depicting demonic figures and criminal symbols.

Protestant and Reformed churches are perhaps the most diverse Christian denominations. Several conservative sectors are against tattoos, while the more liberal ones do not make negative references to them. Calvinists and Anglicans have a long tradition of tattoos dating back to when the English and Dutch explored the world, including Anglican devotees such as Winston Churchill and King George V of the United Kingdom. As for Mormons, they consider tattooing a sin only if it was done after converting to the religion.

For many Muslims, permanent tattoos are haram (forbidden) based on the hadith (oral traditions) of the Prophet Muhammad. “It was narrated that Abu Juhayfah (may Allah be pleased with him) said, ‘The Prophet (peace and blessings of Allah be upon him) cursed whoever tattooed himself and whoever got a tattoo.'” This prohibition is taken seriously by the more conservative Muslims. At the same time, the more liberal branches of Islam, such as the Sufis, consider that this prohibition should be only with images of idols or people.

In many Muslim-majority areas, tattooing is an ancient tradition. In the Arabian Peninsula, it was common for married women to tattoo their chins, foreheads, eye contours, hands and feet. This tradition has continued in many places. Men also tattooed calligraphy and symbols related to their religion, although most commonly on areas of the body covered by clothing.

If you search the internet, you will find many tattooed Muslims and allegorical symbols of religion. This is because not all schools of Islam interpret tattooing in the same way. This is why if you are a Muslim and wish to get a tattoo, it is recommended that you consult with an Islamic scholar or a cleric of your religious school.

In Eastern religions, tattoos are well regarded and strongly related to cultural traditions. In Hinduism, Buddhism, Taoism and Shintoism, tattoos are seen as a way of demonstrating your faith or cultural relationship.

In the oldest Asian academic records in China and India, we find that various characters are mentioned with tattoos that give them powers. Most of them were calligraphic symbols or animals. Over time, nobility, merchants, religious people, and warriors began tattooing themselves to commemorate something or ask for protection.

At this point, it is necessary to clarify that in Eastern religions, the conception of life after death differs from the Abrahamic faiths. The practitioners of Eastern religions do not believe that there is a beginning and an end, such as heaven. Their perspective of life after death considers an eternal cosmic cycle of reincarnations based on karma.

More than three millennia of body art tradition have turned Asian tattooing into true works of art. Nowadays, oriental tattoos are not only for traditional and religious purposes; many people do them for fashion. Hon Tattoo Studio offers some of the best Asian tattoo designs in the city of Toronto.