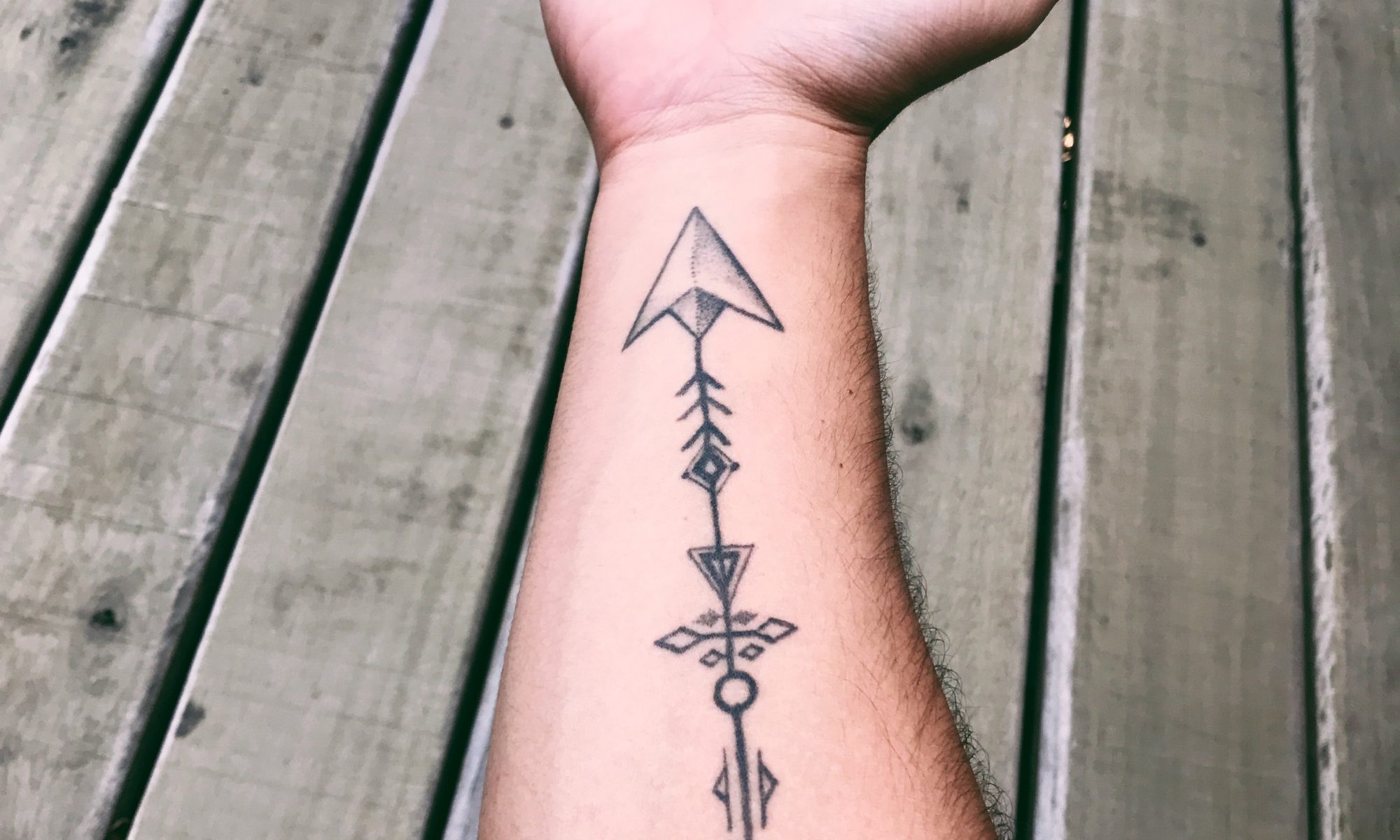 Arrows have a long and deep history behind them and are often the first choice of design for people that are looking for small tattoos Toronto. They can be customized in a variety of ways, inked in different sizes and can be placed on just about any area of the body. When it comes to arrow tattoos, the choices are virtually endless.

Arrows have a lot of different meanings and can represent anything from war all the way to friendship. No matter what you want your statement to be with the arrow, it can be made powerful with small tattoos Toronto in an arrow design.

Sometimes it can be difficult finding the right design for a small tattoo. Arrows are the perfect choice when you want to display a meaning that resembles the ones listed below.

The History of Arrow Tattoos

Many cultures have meaningful significance associated with arrows. It is suspected that the beginning of arrows started with the American indigenous people as a protection and hunting tool. While it was a war tool it was also symbolizing peace at the same time. You can see how an arrow can have one specific meaning or it can hold several different meanings that are blended.

Native Americans needed arrows to live since it meant the difference between feeding the family or not. Arrows were used to protect individuals as well as the group. In this culture, two arrows that were crossing one another symbolized an alliance while the sign of peace was represented by an arrow that had been broken into two pieces.

Arrow small tattoos Toronto symbolize both triumph and struggle due to their use as a weapon and as a tool. When you see an arrow on a bow that has been pulled back this shows conflict and tension as we struggle through life. This can also be represented with two arrows that are facing the opposite direction of each other. An arrow that is simply resting on a bow, however, symbolizes calmness and peace.

When you shoot an arrow, it will move forward so an arrow can also represent a person that is moving forward from something. This may be used literally in a physical sense or figuratively, depending on the type of event that inspired the tattoo. It means that the person is making a new positive transition in life and beginning a new chapter. The same type of meaning may be represented with a compass arrow, which shows a new direction that a person is taking to move forward.

A diamond arrow is also quite commonly found inked on a person’s skin to indicate that the individual has found the strength to move forward. The arrow shows the ability to move on while the diamond represents the strength required to do so.

A Feather and Arrow

When an arrow is paired with a feather this symbolizes an achievement that has been made over a conflict or struggle in life as well as independence and liberty. Arrow small tattoos Toronto often have this type of common theme running through them.

A Bundle of Arrows

When arrows are depicted in a bundle of 5, this symbolizes that the person or a group is ready for battle. A bundle of 5 arrows originates from the Iroquois League, which had 5 of the most powerful tribes.

This is one of the most popular small tattoos Toronto featuring arrows to be found. There may be a small Cupid inked into the skin carrying a bow and arrow or the tattoo may appear as a heart with an arrow through it. This type of tattoo has a rich mythology behind it where Cupid was the god of love and desire. He would shoot arrows at the individuals that he thought should be bonded by true love and spend their lives together.

Sagittarius has a zodiac arrow as its astrological sign. This tattoo symbolizes masculinity, strength and knowing the direction that one is heading. The person has the strength to continue moving forward in life while never having to look back due to a good sense of direction.

If you are looking for tiny tattoos Toronto, arrows are a great design to consider. With so many different complexities behind the meaning of these designs, you can have the arrow represent several different things. These tattoos are easy to design and when you get a tiny one made you can place it just about anywhere you want.

Tiny tattoos Toronto are perfect for people that want to have a smaller tattoo without having to sacrifice on significance. They can be hidden away in areas where they won’t be seen easily or prominently displayed in visible areas. You’ll have a lot of choice when you choose arrow tiny tattoos, and they can be done in black or coloured variations.

Another option you have is to get an arrow placed on your skin using a script. Simply get the word “arrow” written and you’re ready to go. Arrow script tattoos should be considered if you want to express a meaning but may not want everyone to know what it is. This is also a great option for people that simply love script tattoos and would like to have something graceful written. You’ll have a wide choice of fonts to work with including soft italic letters or bigger, bold letters.

Say it all with arrows! Whether you are looking for small tattoos Toronto or arrow script tattoos, you can show your feelings with an arrow symbol. If you have any questions about arrow tattoos you can ask your tattoo artist and this artist can help you work with the design. When you are looking for the best tattoo artist in Toronto that can perform wonders with arrow tattoos and other tattoo designs, visit our website now at www.hontattoo.com. 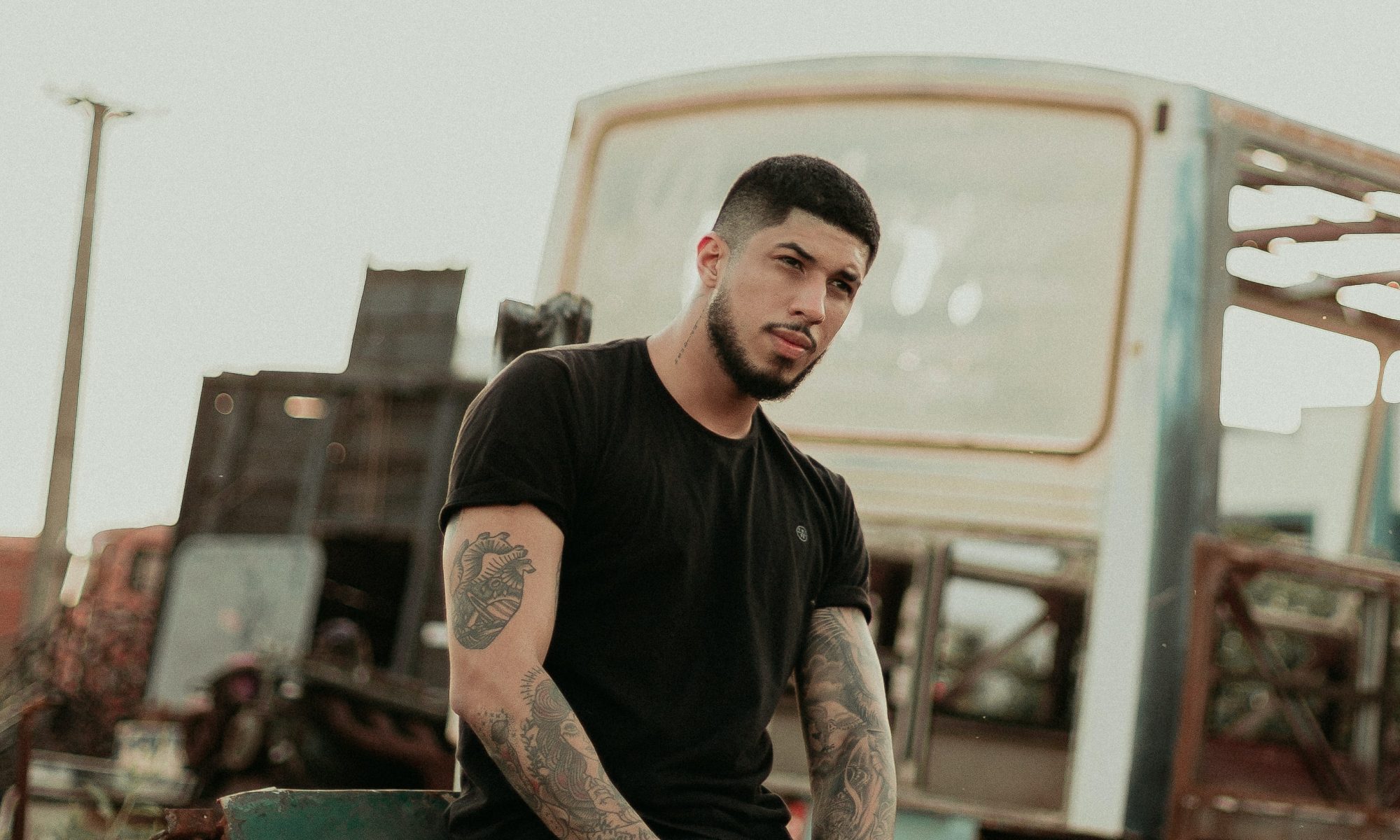 If you have narrowed down your options and have decided that a sleeve tattoo would be best for you, there are certain things you should know ahead of time to get prepared for it. This will be an exciting journey ahead but to make it as smooth as possible there is some planning that you should do now to get ready for the tattoo.

Getting a sleeve tattoo is a big commitment that involves a lot of time, planning and money. This is much different than getting small tattoos since it will be a new feature on your body that will be displayed prominently. You’ll need to put some thought into it, and you should know how you would like it to appear before getting started.

Half Sleeve or Full Sleeve Tattoo

Half sleeves are a good option though when you’re working on a limited budget and are dealing with time constraints. It all depends on your budget, your tattoo goals, and the amount of time you have to deal with the decision-making process and the actual tattooing.

Full sleeve tattoos provide an outstanding visual effect and if you don’t have the budget available to get one now, you may want to decide to save up more money to get one soon. You’ll have to decide whether you would be happy settling for a half sleeve tattoo if you really want to get a full sleeve one.

The best thing that you can do is to schedule an appointment for a consultation with a tattoo artist to go over your design thoughts to get a professional opinion. The artist will let you know whether he would recommend a full sleeve or a half sleeve tattoo.

A cohesive sleeve tattoo is designed with one single project in mind. You let the tattoo artist know what you want and together you can come up with a single tattoo design that covers either half or all your arm. This takes a lot of planning when you are first designing it but it provides a cohesive image that you may prefer.

An eclectic sleeve tattoo starts with a basic idea and then works from that point on. Different tattoos are patch-worked together over a space of time and commonly follow a single theme. There isn’t as much planning required as there is with cohesive sleeve tattoos since smaller tattoos are added one by one. When the tattoo is finished, however, it will look cohesive because the tattoo has followed a certain theme.

When you want your eclectic sleeve tattoo to look as cohesive as possible you may want to consider working with only one artist during the process. Different tattoo artists have various styles and the overall presentation when it is finished may not look as cohesive as it would if you had one single artist doing the entire project.

Both American traditional and Asian style tattoos have become popular choices for sleeves because each one includes shading and bold lines. This ensures that the tattoo will last for years. It’s always best to decide between the two styles since they are completely different designs. If you choose to get Asian style tattoos for your sleeve, for example, adding American traditional tattoos would not make the sleeve look cohesive.

Look for a tattoo artist that is experienced with the type of design you are looking for. There are many artists that specialize in Asian style tattoos that could give you an amazing Japanese tattoo sleeve. Check the portfolio of the artist to make sure that you will get the type of artistic style you are looking for. Every artist has its own personal style and choosing the best artist will all come down to your own personal preference.

This is not the time to settle for something that you feel would be second best. It’s okay to do that if you’re getting a small, minimalistic tattoo in a hidden area but for a large sleeve tattoo you’ll need to choose your tattoo artist very carefully. Don’t be afraid to take some time to review the artists and their artwork before going ahead and using one.

Japanese tattoos are not just for sleeve art. If you are looking for a Japanese tattoo North York it’s always good to start with a consultation with an artist. You can bring in some ideas regarding the type of Japanese tattoo that you would like. You should be aware, however, that the tattoo artist will not copy any work but will use it as inspiration for the final drawing.

If you have decided that a sleeve is right for you, it’s wise to get your appointment scheduled in blocks instead of doing it all in one day. Getting an entire sleeve done in one sitting would be quite painful and even veteran tattoo recipients might find it to be too much. Once again, it’s important to get in touch with a Japanese tattoo North York artist to find out how he would prefer to schedule such a project. This is also the time to determine the cost of getting your sleeve completed.

When you’re looking for the best tattoo sleeve artists in Toronto, please visit our website now at www.hontattoo.com. You can look through the gallery there and learn more about our artists by calling us or by filling out the contact form on the site.