Asian tattoos have a long history behind them. They date back for years and while there are still traditional Asian style tattoos being inked, most individuals are using a more neo-traditional, flexible style. The traditional tattoos are quite like bodysuits meaning that they interconnect from one part of the body to the other to form one single art piece. They have more of a regimented style with waves and wind bars that define the tattoo edges.

Can Other Tattoos Be Incorporated with Asian Tattoos Toronto?

It is difficult to integrate other styles of tattoos with Asian art but there are some tattoo artists that are able to form connections with other tattoos on the body. Many of the Asian style tattoos have a design that ends at a joint, so it is possible to have it connect with another tattoo adjacent to it. Anything is really possible when it comes to Asian tattoos, but you’ll have to find an Asian tattoos Toronto artist that is willing to work with you to create the designs you want.

Japanese tattoos are by far the most easily recognizable and common Asian tattoos requested by clients. A Japanese tattoo design is very distinct and based on cultural significance along with extremely detailed lines. Symbolism runs deep in these tattoo designs so it’s all about choosing the one that signifies the message you want to display on your body. You can also make the choice of the tattoo image based on your like or dislike of certain designs.

The History of Japanese Tattoos

Japanese tattooing dates back approximately 5,000 years and it has been recorded that all men at any age would have tattoos displayed on every part of their body and many times even on their faces. The tattoos are associated with many connotations and tattooing was done on people that were causing trouble as a sort of branding. There were certain Japanese characters used for these branding purposes as well as symbols.

The one thing that always remains the same is that the subject of the tattoos come from the Japanese culture. Some of the most popular images found in a Japanese tattoo design include samurais, tigers, dragons, geishas, Koi fish and many others. Japanese tattoos are often presented with bold colours mixed with black and grey shades. There are also some black and grey Japanese tattoos without colour that are absolutely amazing.

A Look into Japanese Colours

Some of the bold colours that you’ll see on Japanese tattoos include turquoise, orange, bright blue and pink. They are often inked on top of a black backdrop to present an intense contrast. There is a lot of significance with colours in the Japanese culture and it’s important to know them before getting your Japanese tattoo design.

Red – This colour symbolizes joy and happiness and is usually seen at happy events such as birthdays and weddings. Red is the colour of blood, so it is a symbol of vitality and passion. The colour also provides protection so consider that when getting your next tattoo.

Black – The colour black symbolizes mystery. While black is often considered to be a dark colour in Western culture and is used for mourning, black only has this meaning in Japanese culture when it is paired with white.

Green – As it is in Western cultures, green in Japan symbolizes nature, energy, youth, and life.

Blue – This is the colour of luck in Japan and many people that are going for a job interview will wear a blue suit. It shows a dedication to the job and for this reason many corporate executives regularly wear something blue.

When choosing a colour for your tattoo remember that any colour can be used. Work with a highly experienced Asian style tattoo artist to get the perfect style with the right colours that you absolutely love.

Where to Place Your Japanese Tattoo
Since Japanese tattoos are usually quite large, choose an area on the body that provides a lot of space. The Asian tattoos Toronto artist shouldn’t be confined to working on a small area and needs a large canvas to cover all of the extensive details of the tattoo. Most people choose to get one on their entire back or on an entire limb. There is also the option of choosing a full body tattoo, but you would want to be absolutely certain about the Japanese tattoo design before going ahead with the selection.

If you have been considering getting a Japanese tattoo design you’ll need to work with an Asian tattoos Toronto studio that has a lot of experience providing these types of designs. Look for an artist that has done previous work that you absolutely love so that you can get the tattoo you deserve. Since Asian and Japanese tattoo designs are usually quite large, choosing the right artist is exceptionally important.

Take a look at the different artists and tattoo styles available at our tattoo shop in Toronto by visiting our website now at www.hontattoo.com. We have a number of artists available that specialize in Asian tattoo artistry and you’re welcome to call to schedule a consultation with one of them. 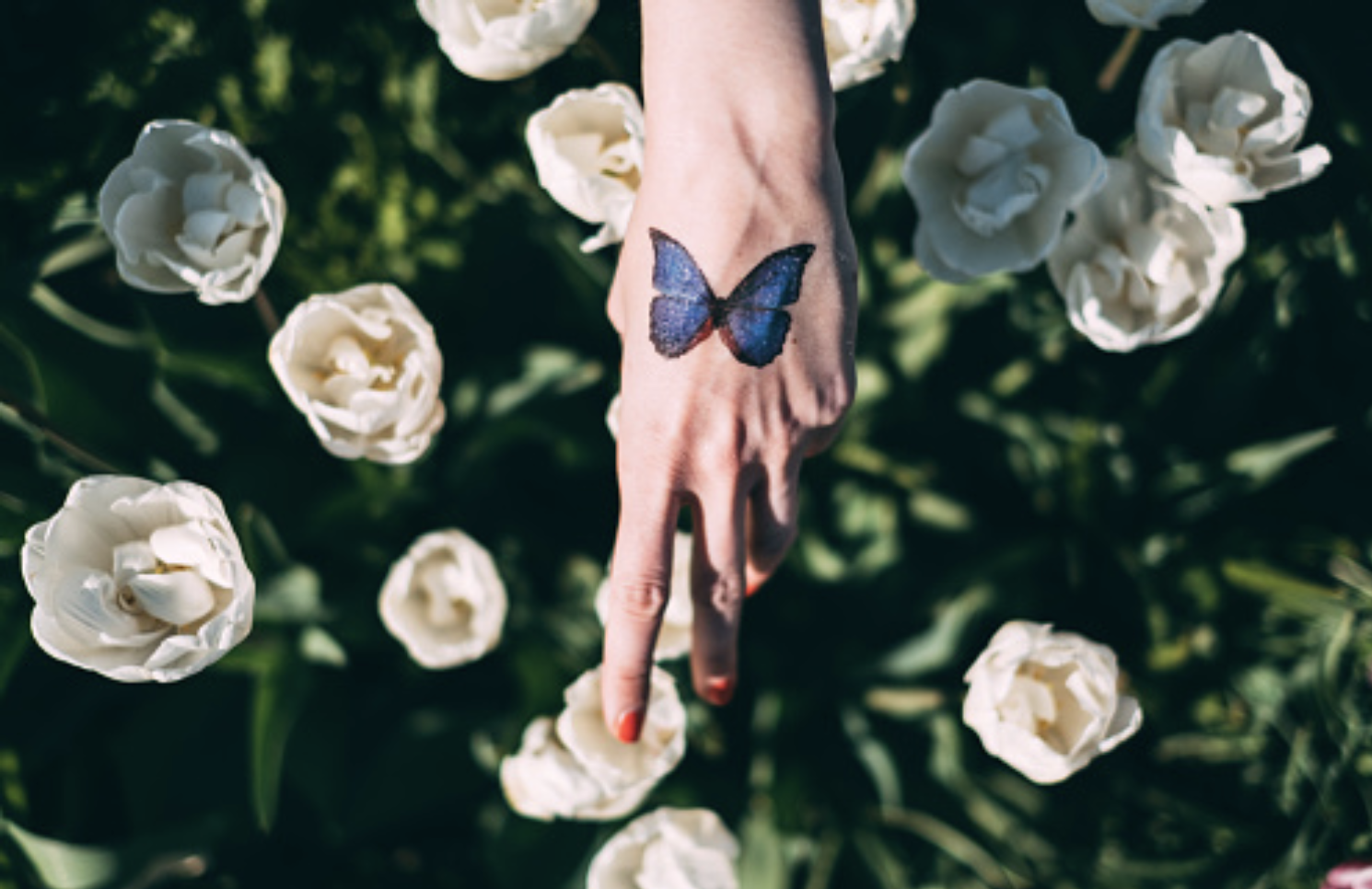 Realism is an artistic technique that makes artwork look just like it would in real life. It has a 3-D appearance to it, so it looks quite like a photograph that has been imprinted on your skin. Also known as photorealism, this technique provides an accurate representation of an image found in real life. While many of the realism tattoo Toronto designs are of animals or faces, the tattoo can be of anything at all.

The History of Realism Tattoos

While tattoos themselves have an early beginning, art realism started back in the 1500s during the High Renaissance when masters such as Rembrandt, da Vinci and Michelangelo began to illustrate life as it was seen. They worked painstakingly to get everything correct including measuring facial features and using perspective. New philosophies on realistic artwork continued to evolve and during the 19th century the movement of realism really took off. A realism tattoo artist often draws upon the same style used by the Old Masters.

Photorealism materialized as a Pop Art evolution and formed the foundation of the realism tattoo Toronto scene. You can see evidence of this when you look at a realism tattoo and notice the shadows appearing as they would on a photograph. To this day, realism tattoos remain popular and are trending in 2021 and for the foreseeable future.

While there are many exceptional tattoo artists available across the city, if you’re looking for a tattoo with a realistic look to it you’ll need to search out the best realism tattoo artist in Toronto. Look for an artist that specializes in this specific tattoo field and take a look at his portfolio to determine whether you like his style. Finding the right tattoo artist is just as important as choosing your tattoo design. The depiction of images will differ from one artist to the next so make sure that you choose your realism tattoo artist carefully.

What Is a Realism Tattoo?

If you have ever seen anybody draw a flower on a piece of paper that looks just like the flower in front of them, this is an example of realism artistry. It’s a lot easier to draw that flower on paper than it is on skin though, which is why a realism tattoo artist is such a specialized and highly respected artist in the industry.

When you consider all the folds that skin has, the porous nature of it and how it curves along the body, you can gain an understanding of how meticulous the artist must be and how skillful he needs to be at his craft. It takes a lot of experience and ability to be able to draw something that looks real on somebody’s skin.

A realism tattoo artist can take that same flower and make it look just as real on the skin using ink. There has been a lot of training and experience that has gone into perfecting this level of skill so never settle for someone that is inexperienced to do the tattoo for you.

When you’re looking for a realism tattoo Toronto you can choose from a colour realism tattoo or a black and grey tattoo. Black and grey realism tattoos only use grey and black ink to create the effects. In some cases the tattoo can display more details using this technique since more focus can be put on shading and details in the picture through the elimination of colour.

Realism tattoos in full colour, however, add extra elements to the design. It will take longer to get this type of tattoo done and it may require several detailed layers in order to get a final result that is stunning. When you see a well-done full colour realism tattoo it’s something that looks real life with a 3-D effect – so much so that it’s something that you feel you could grab in your hands.

Your Options for a Realism Tattoo North York

When it comes to the types of imaging that can be done using the realism style the options are limitless. Anything that can be captured or seen on film can be transformed into an amazing skin depiction by an experienced realism tattoo artist. When you have decided that you want to get a realism tattoo North York there are some popular choices that you may want to consider.

Portraits are always a favourite and they can be of pets or people. Many individuals decide to get a realistic portrait done on their skin to memorialize somebody close to their heart that has passed away. Portrait realism tattoos are also used to celebrate the birth of a new child. No matter what your reason may be for getting a portrait tattoo, look for an experienced realism tattoo North York artist to get it done.

Nature scenes are also quite popular when it comes to realism tattoos. Your choices range from flowers or animals with incredible details to large, vast landscapes. You’ll need to consider the size of the tattoo you want and where you want it placed when choosing the subject matter. If you are interested in getting a large tattoo done on your back with a realism design, a landscape can look fabulous.

You can also get a realistic tattoo done if you’re a fan of gory things and would like to display something spooky on your body. You’ll find that there are some people sporting tattoos that feature torn flesh and other things that would make your skin crawl. It’s all up to personal preference when choosing the subject matter for a realism tattoo North York.

If you’re interested in getting a realism tattoo in the upcoming future and want the best realism tattoo artist to do the design and the inking, please get in touch with us through our website at www.hontattoo.com. We can give you helpful advice regarding the best subject design based on the size of the tattoo you want and the placement of it.