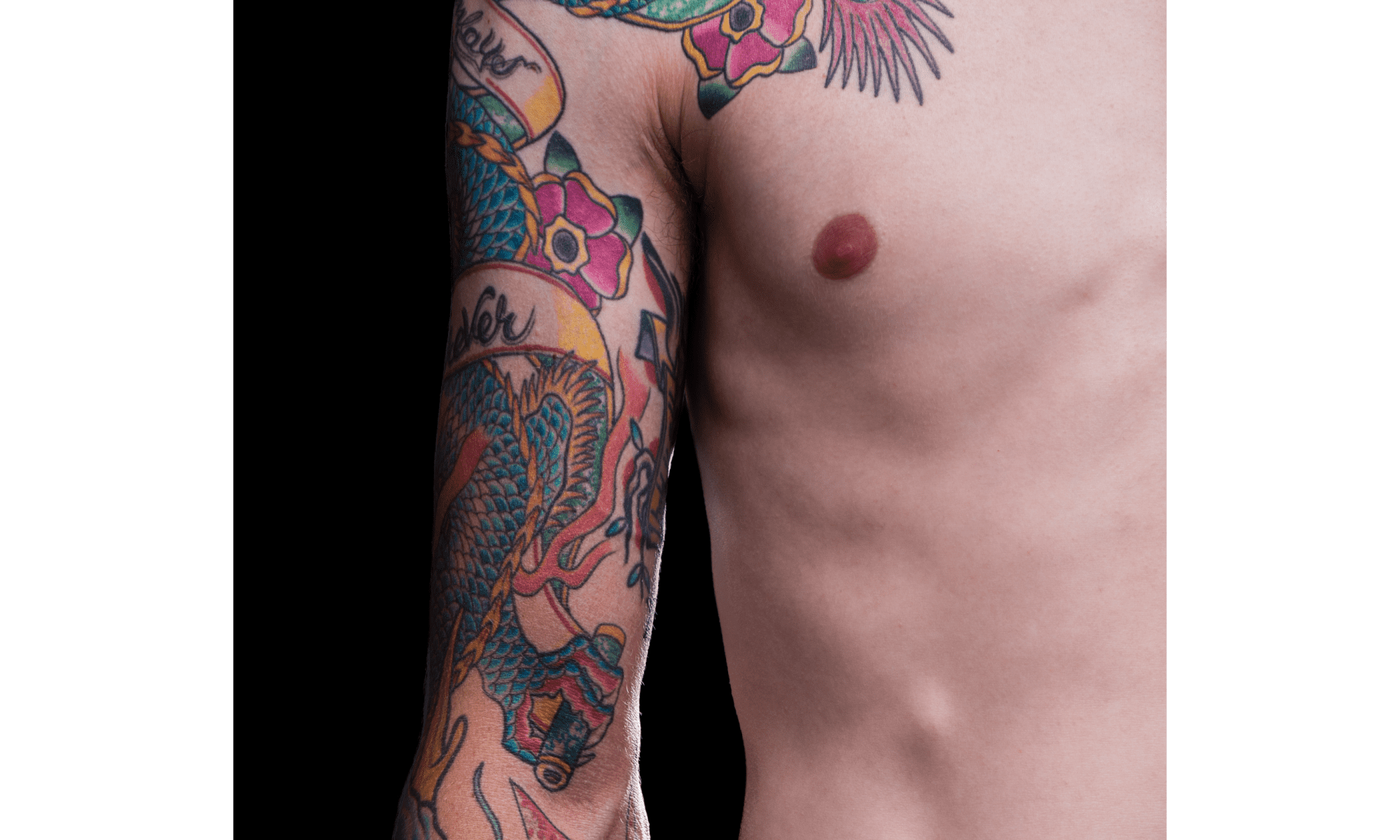 There are many different tattoo trends that come and go throughout the years but there are also many classic styles of tattoos in Toronto that have survived the test of time. Every day, new styles are being created by talented tattoo artists worldwide but most are based on the styles that have been historically popular. Some of these tattoo styles have been around for decades while others have a history that dates back for centuries.

Here are some of the most popular classic styles of tattoos in Toronto and a brief description about each one.

A Japanese tattoo North York generally covers large areas on the legs, arms or the back. When you are looking for big tattoos, think of Japanese tattoos first. There is a reason why this style has continued to be popular for many, many years.

Classic Americana Tattoos
These tattoos are the old school style that have gold outlines and colours. You’ll often see images such as daggers, roses, hearts, anchors, predatory animals and much more. This style of tattoo was first made popular by Norman Collins, also known as “Sailor Jerry”, back in the 1930s.

These are classic tattoos and continue to be popular today. If you love the ocean and are drawn to water, these are the tattoos you should check out first.

A realism tattoo North York can depict any type of image ranging from people to animals and objects to scenery. This would be the sort of tattoo you would choose if you have something specific in mind to portray. If you have seen tattoos before that look as real as life, they are considered to be realism tattoos and they have been created by an artist that has a lot of experience in the field.

If you are considering getting a realism tattoo North York, keep in mind that it takes a lot of skill to do these tattoos. As a result, you’ll need to choose the tattoo artist you want to work with very carefully. When done correctly, the artwork with these tattoos can create a visual impact that is simply amazing.

Stick and Poke Tattoos
These tattoos are inked using one needle only and they are usually quick and easy to receive. This is often the method of choice for creating simple designs but the look can be stunning. When practiced by a professional tattoo artist Toronto, the design work can bring the image to a brand-new level.

This style of tattoo often has bold lines and they are done in black. Quite often they will also feature small patterns that are decorative with a big meaning behind them.

Blackwork Tattoo Styles
The blackwork tattoo styles have a Polynesian history and are usually deeply symbolic. They originated from tribal tattoos and are much like stick and poke tattoos, which originally featured bold, thick black lines in geometric shapes. These classic tattoos date back to Polynesian tribes in ancient societies when the artwork allowed them to show their identities, which included their lineage and social standing, warfare ideas and religious beliefs.

Surrealism Tattoos
When you opt for a tattoo that is surrealistic in nature, a lot of artistic ingenuity can be put into the project. The objective is to show a piece of art on the body that is related to sublime fantasy and the design can change from the original source as can the artistic style.

Look for a tattoo artist in Toronto that is experienced in providing surrealism tattoos. When you find one, you’ll know that you’re dealing with an artist with intense creativity that absolutely loves what he is doing.

Biomechanical Tattoos
These are amazing tattoo styles that are usually done by freehand and take the natural flow of the body into account. The pictures have been inspired by mechanical images and can be amazing to see.

This is a classic style of tattoo that has been gaining traction over the years. If you have any kind of mechanical imagery that you want displayed, biomechanical tattoos are the way to go.

Portraiture Classic Tattoos
When you want to give honour to somebody or keep someone’s memory alive, consider getting a portraiture classic tattoo. This is actually a subsection of the realism tattoos but quite often they don’t have the same sharp black outlines.

Renditions can be extremely accurate of people or animals. You’ll have the option of getting a portraiture tattoo done in colour or black and grey.

Black and Grey Tattoos North York
Any type of style can be used for black and grey tattoos North York. The images presented are created using black ink. In order to make the grey effect, water is added to the black ink. This allows the artist to create a wide spectrum of grey and black shades.

Any type of image can be represented with black and grey tattoos. The only limit to this tattoo type is the recipient’s and the artist’s imaginations.

You’ll often see geometric shapes paired with floral or other natural images. This classic style of tattoo has been popular for years and we don’t see it going out of fashion any time soon.

Learn more about classic styles of tattoos in Toronto by visiting our website now at www.hontattoo.com. 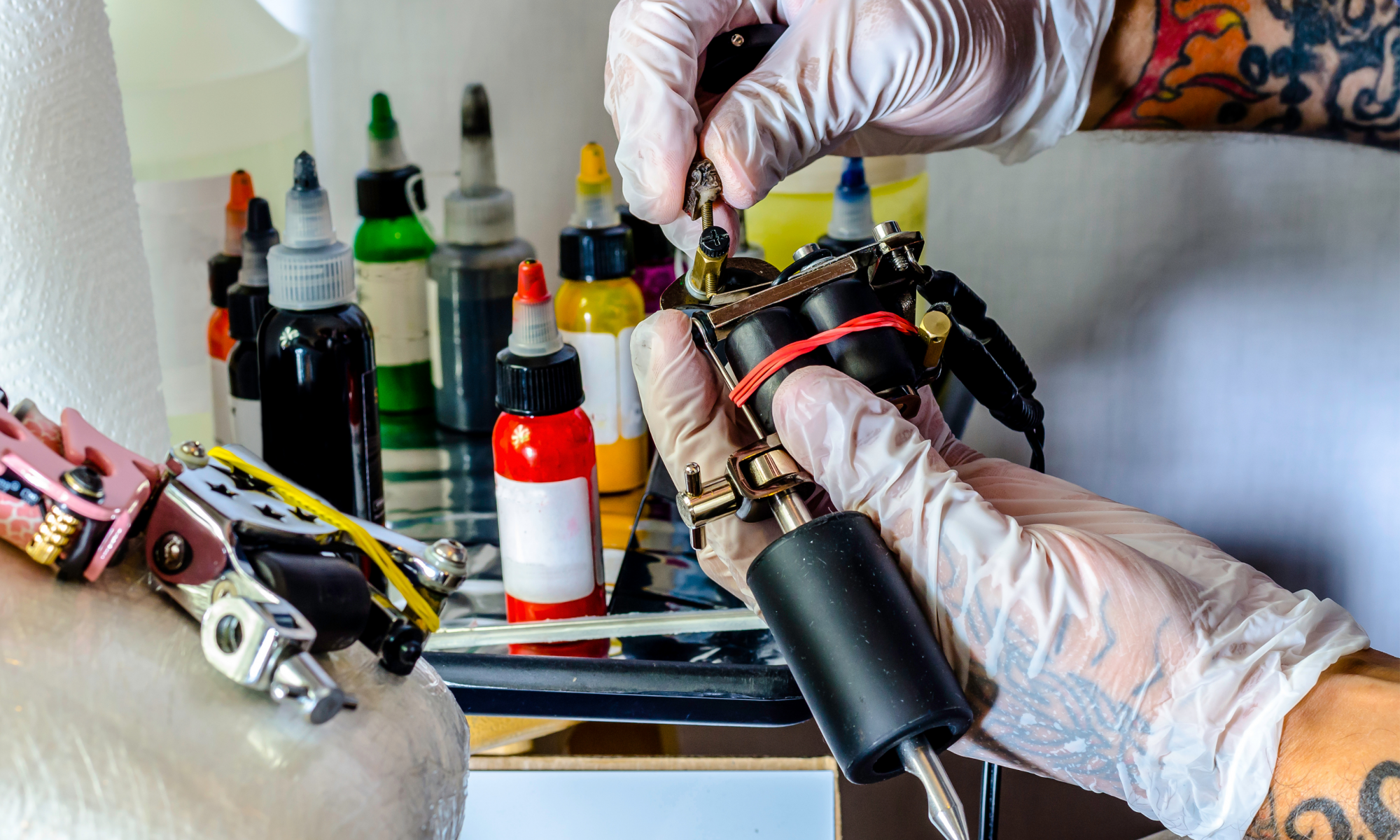 One of the decisions that you’ll have to make regarding your upcoming tattoo is whether you’d prefer to get a black and grey tattoo Toronto or a colour tattoo. The tattoo you choose will be an artistic and expressive statement of yourself so it’s best to take the time to make a well thought-out decision. After all, whether you choose a big or a small tattoo, it’s something that you’ll be living with for the rest of your life.

Colour Tattoos
If you’re looking for something that’s bright and will stand out, a coloured tattoo is a great choice. There are many tattoo styles that look particularly great in colour including the following:

It’s important to not only consider the type of tattoo you want, but to determine the size as well. If you are getting a small tattoo, you’ll want to make sure that the colours don’t visually blend together. The artist you are working with may offer some helpful suggestions in order to maintain the integrity of the colours used. The artist may also recommend simplifying the colours so that the results look clean and smooth.

You’ll have time to discuss what you want to achieve with the artist before getting the tattoo done. Whether you select a black and grey tattoo Toronto or a coloured tattoo, the artist will work with you to make sure that you can achieve the best results possible. Should you have any concerns, doubts or questions, or happen to change your mind about anything, speak up right away. When you’re in the tattoo shop you should feel free to express any feelings you may have at any time during the process.

A black and grey tattoo Toronto can be made with intricate patterns to create a bold contrast on the skin. A few styles of tattoos that suit this colouring the best include the following:

In terms of a black and grey tattoo Toronto, there are 3 different types to choose from. The first one is blackwork that only uses black ink. The contrast lies with the skin tone and the black ink. There is no gradation involved with this type of tattoo since only black ink is used. The second type consists of black and grey tattoos where black ink gets mixed with some water to create tones that are both lighter and darker.

The third form of black and grey tattoos Toronto is an opaque grey tattoo. When this type of tattoo is used, white gets mixed with the black ink to form a grey colour. The grey colour that is created is different from the grey that you’d see when mixing black ink with water.

A black and grey tattoo Toronto is the perfect choice when small tattoos are desired such as tiny scripts and finger tattoos. Tattoos that are more detailed with delicate designs tend to look better when created with grey and black tones.

If you’re looking for a tattoo script consider the readability of the tattoo when choosing the best colour. In many cases blackwork tattoos work the best for scripts.

A Word about Blackout Tattoos
Love them or hate them, blackout tattoos have been trending recently. These are often used to cover up tattoos that are outdated. Some people choose to get blackout tattoos even when they don’t have a tattoo that they want to cover up if they just like the look of them.

Blackout tattoos cover a large part of the body, normally the legs or the arms. The skin is covered with a solid, black ink covering. Think of colouring an entire page black and you’ll get the idea.

These tattoos are time-consuming to ink and some artists may not provide blackout tattoos. It is also a painful process since large amounts of skin will need to be filled in. You will probably need to have a number of sittings and many needles will generally be required. As well, to be sure that the area is filled in completely, some spots will have to be gone over multiple times to ensure that the distribution of the pigment is saturated and even. If even a small portion of skin is not fully covered or is a bit transparent, the entire look of the blackout tattoo will suffer.

You can expect blackout tattoos to be extremely painful, time-consuming and more costly than many other types of tattoos. They are also impossible to cover later on down the road so make sure that you are 100% certain before choosing this type of tattoo.

One of the best ways to know whether an artist is very experienced with black and grey tattoos in Toronto is to look at the variations in the shading. The objective with many styles of tattoos is to create subtle, soft shades along with harsher shadows for the design. When you can see this in tattoos that have been done before, you’ll know that this artist has a lot of experience working with black and grey shades and knows what he’s doing.

At Hon Tattoos we have experienced tattoo artists that can create amazing black and grey tattoos Toronto and colourful tattoos. We have a wide range of artists that work in our tattoo studio so be sure to browse through the gallery presented by our artists at www.hontattoo.com.